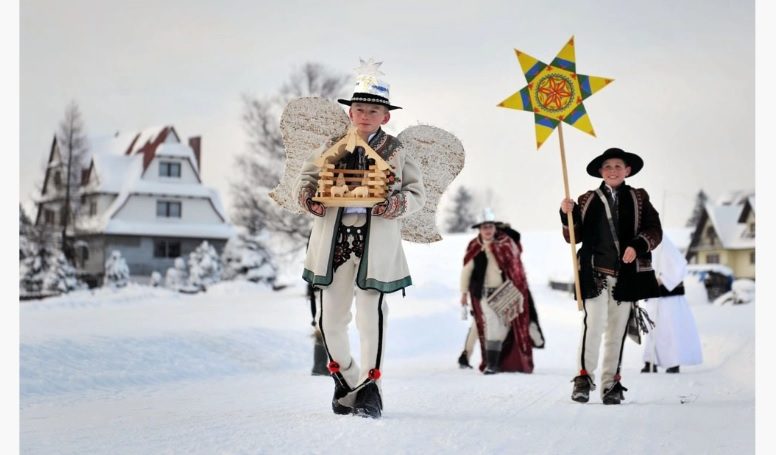 Poland really loves its Christmas carols. And there are thousands of them. One even nearly became the national anthem. Here’s a quick look at the history of the genre and its most popular examples.

According to a recent survey from Polish National Radio, nearly 80% of Poles sing carols at the Christmas dinner table, which goes to show how popular these songs really are. This widespread admiration for carols isn’t something new or recent, but rather a continuation of a state that began hundreds of years ago.

Carols first came to Poland in the Middle Ages as religious hymns sung in Latin or Czech. These seasonal specials became massively popular in the 17th century, and according to records about 700 were written then. All in all, the number today goes into the thousands and some claim that no other country has as many carols as Poland.

The oldest known Polish carol is from 1424, Zdrów Bądź, Królu Anjelski (Praised Be, Lord of Angels; ed.), which is only slightly older than Anioł Pasterzom Mówił (The Angel Told the Shepherds; ed.), a song still sung by Poles today. Many of the most popular carols today, like Dzisiaj w Betlejem (Today in Bethlehem; ed.) and Wśród Nocnej Ciszy (Midst Quiet Night), often date back to the 17th and 18th centuries.

The carol that was nearly an anthem

Traditionally, Polish carols were created anonymously, hence why most of their authors are unknown. There are however a few noted exceptions, one of them being the well-known Bóg Się Rodzi (God is Born) by the poet Franciszek Karpiński, published in 1792. Often called the Queen of Polish carols because of its elevated character and masterful lyricism, it talks of the Mystery of Incarnation through oxymoronic expressions like ‘Fire freezes, Brilliance darkens’. The last verse, however, has a patriotic message: ‘Raise your hand Jesus Child, Bless this great land’. The melody is even in the rhythm of a polonaise – fitting for a song that would come to be considered the essential Polish carol.

Karpiński, a very conscious citizen, not only deeply experienced the first partition of Poland by Prussia, Austria and Russia, which occurred in 1772 but also, when he was later writing Bóg Się Rodzi, he sensed that things weren’t getting any better for his homeland. That’s why in the song he asks for help from above. Unfortunately for Poland, his intuitions proved correct and a year after the carol was published a second partition took place, followed by a third shortly afterwards which effectively wiped Poland off the map. Following this final shock, Karpiński became silent as a poet and withdrew from civic life, settling in a small village outside Puszcza Białowieska.

During the following 123 years of bondage, carols became a focal point of national identity for many Poles. With its patriotic lyrics, Bóg Się Rodzi gained status as one of the most important. There was even a time when it was considered as a choice for Poland’s national anthem. For instance, the late-19th-century poet Jan Lechoń wrote about Karpiński’s carol:

If anybody would want to make this carol our national anthem, it would express, better than any kind of occasional poetry, that which determines the unity of a people – the very essence of feeling.

In the end, however, Bóg Się Rodzi remained what it was meant to be, a deeply religious and poetic carol.

In modern day Poland, according to the aforementioned survey, the most popular carol is Wśród Nocnej Ciszy. This beautiful song with its calm verses and energetic chorus is about shepherds going to Bethlehem to greet the new-born Jesus. It was written in the Baroque period, when the carol genre in Poland was prone to the incorporation of pastoral themes. In his book The Life of Jesus, Pope John Paul II wrote the following about it:

(…) A carol I used to sing in Poland as a young man and which I still sing as the Pope, a carol about the birth of the Saviour. On Christmas night, in every church and chapel, this song could be heard (…)

Dzisiaj w Betlejem (Today in Bethlehem) and Przybieżeli do Betlejem (Hurrying to Bethlehem) are other pastoral-themed carols from this period that are still very popular today. Yet another song with a very old origin that’s also a staple of contemporary Christmas celebrations is Lulajże Jezuniu (Lullaby Jesus Child). This peaceful and tender tune is rooted in the 13th-century custom of rocking the baby Jesus, which took place during celebrations linked to nativity scenes. A variation on this carol’s melody was used by Fryderyk Chopin in his Scherzo B minor Op. 20.

Speaking of musical compositions, many Polish carols aren’t as tranquil as Lulajże Jezuniu. Instead, like Bóg Się Rodzi, they follow the rhythms and harmonies of traditional dances (e.g. Polonaise, Mazurka). This means they are often lively and ear-catching, which makes them pretty easy to remember and sing. Another popular carol based on a polonaise is W Żłobie Leży (Lying in the Manger) which is said to have been written by the theologian and writer Piotr Skarga from the turn of the 17th century. Its melody is a variation on a polonaise created especially for the crowning of King Władysław IV Vasa.

When celebrating Christmas, the majority of Poles go for traditional carols, like the ones already named. More recent creations just never became part of the canon. However, a mention should be given to a charming Christmas carol album recorded in the 1970s by rock-and-roll band Czerwone Gitary. Entitled Dzień Jeden w Roku (One Day in the Year; ed.) it contains pleasant original songs, among them Gwiazda na Kiju (Star on a Stick; ed) which has a highlander vibe to it.

Regardless of whether or you’ll be singing carols in Polish this December (a bit of a challenge for our foreign readers, as Polish can be quite tongue-twisting), Culture.pl would like to wish you a very merry and peaceful Christmas. 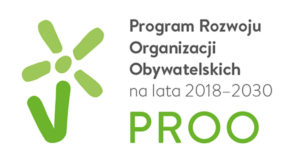